The vanishing beauties of communist kitsch 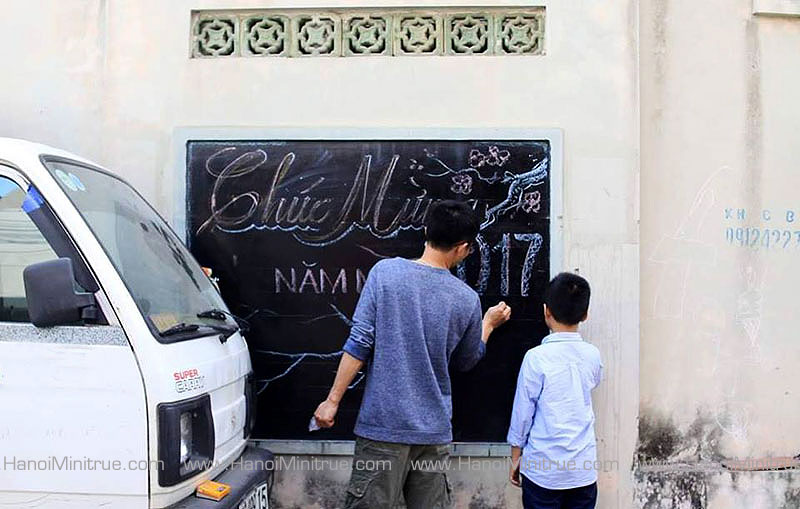 After sharing a reader’s family photos beside a public board, I received a huge message from another follower, Ms. Dinh Thu Huong. She sent me more than half of dozen photos that she has taken in 6 straight Tet holidays at the same place. It’s easy to assume that the location is near her home. She told me it’s a lane in Tan Mai street, Hoang Mai district. As you can see in the collage below, the photos were taken sequentially from 2014 to 2019. And certainly, what makes the cherry on the cake for this series of photos is the appearance of two children. They are Ms. Huong’s daughter and son. My favorite point is the variation in their looks. It’s not just the height of one child compared to the other, but also their clothes, facial expressions, and body languages.

Of course, we can’t help but notice the chalk drawings on the board. Although they have always presented in cropped shapes due to just being the background for the children’s portraits, we can still recognize the change in typographic and graphic details over the years. The 2014’s and 2015’s look quite similar but the later ones likely don’t, right? That’s because more than one person has involved in the decoration work. Ms. Huong told me, in 2017, realizing that Tet was very close but the board had not been decorated yet, she suggested her husband whose drawing skill is also very good to do her (and their neighborhood, I think) a favor. As a result, a more sophisticated decoration came into being. And today we have a nice photo as seen in this post’s featured image.

If you happen to capture a board like these, or know who has taken it, don’t hesitate to let me know through the Contact page. You can just leave a comment here or on my Facebook, Instagram. I hope our collection will be more and more praiseworthy. 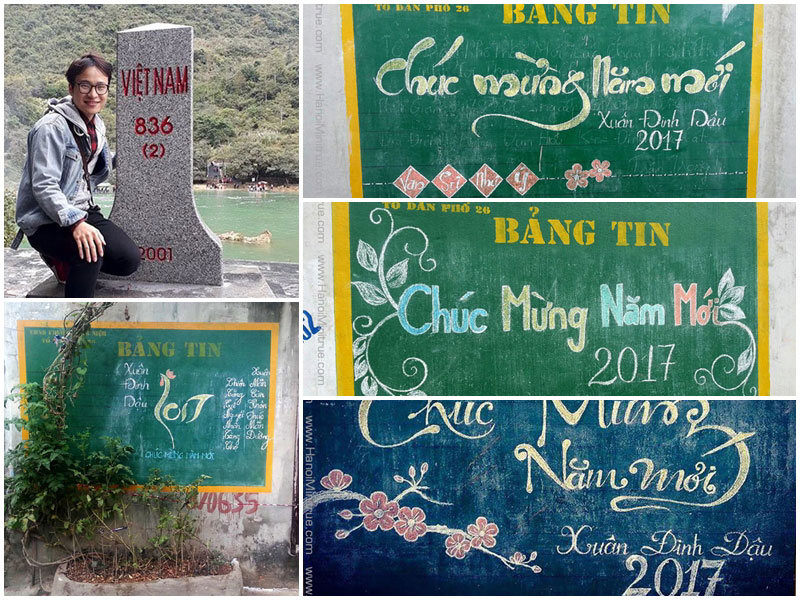 Interview with the youngest board-decorator in Vietnam so far 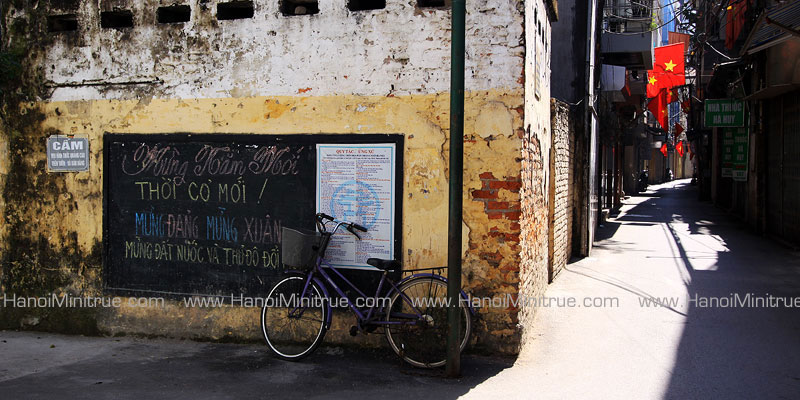 Reason for this project 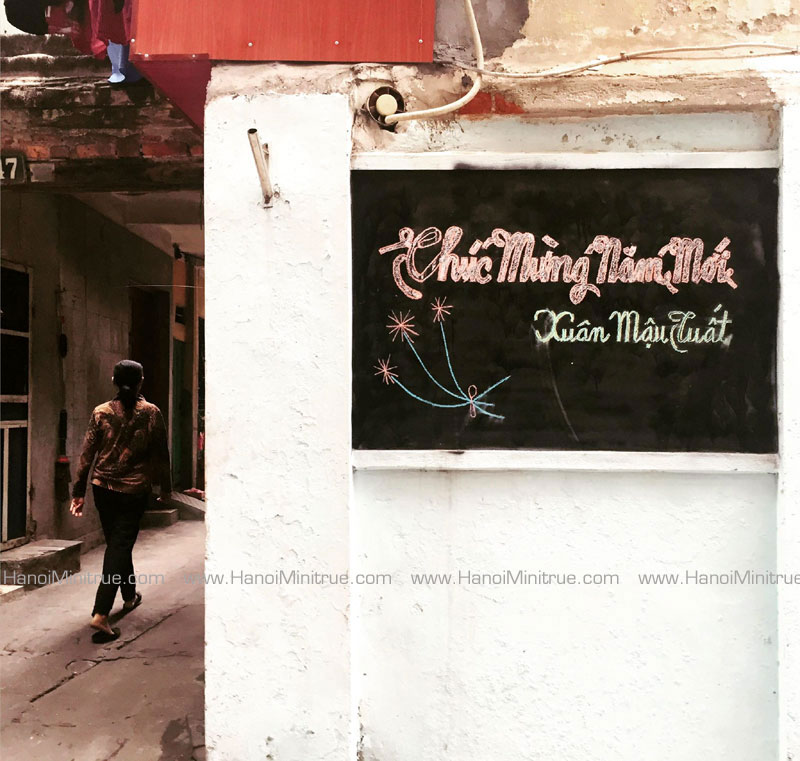